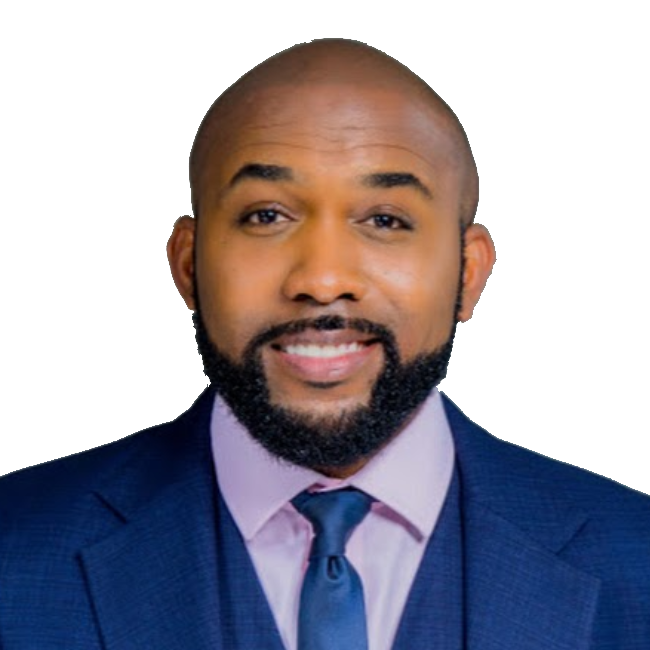 Olubankole Wellington popularly known as “Banky W” is a multitalented and prolific singer, songwriter, actor, filmmaker, businessman and philanthropist. He grew up in Lagos where he began singing in church at an early age. He moved to New York where he earned a bachelor’s degree in Industrial Engineering from Rensselaer Polytechnic Institute. While in college, he created Empire Mates Entertainment (E.M.E) as the platform for his own music, the music of artists he would sign and develop, and as a launching pad for his various other business interests.

His debut album ‘Undeniable: The EP’ was released in 2003 and this propelled him to the forefront as an independent musician. Banky followed that up with his first full album release, titled “Back In the Building”; featuring the critically acclaimed stand out single “My Regret”, which helped him receive the John Lennon Songwriting Award in the R&B Category, as well as multiple wins at the Nigerian Entertainment Awards. Banky’s other acclaimed songs such as “Capable”, ‘Ebute Meta’, and ‘Don’t Break My Heart’ established him on the music scene in Africa.

Banky W served as Executive Producer and Lead Artist and Repertoire (A&R) for some of the continent’s most successful albums, including WizKid’s smash hit-filled debut album “Superstar”, and “Ayo”, and many others. He has signed and developed other talented artists including Niyola, Shaydee, and the number 1 DJ on the continent, Superstar DJ Xclusive. He was also highly influential in the discovery, introduction, and development of the careers of other notable Nigerian music business greats such as producer Masterkraft, sound engineer Suka Sounds, and many more.

He is also an accomplished writer, with many of his articles being published in many Nigerian newspapers, blogs, magazines, and other media platforms.

As a philanthropist, he founded the “Banky Wellington Organization (BWO)” through which he spearheads or partners with other organizations for charitable activities. He also established the I Am Capable Scholarship Fund, which has provided educational assistance for deserving youth over the years at the tertiary education level in Nigeria, the U.S.A and Canada.

He is the brand ambassador for several non-profit organizations including Pink Oak Cancer Trust Fund; an organization that provides funding assistance for the treatment of cancer patients in Nigeria, Teach 4 Nigeria; where he funds back-2-school supply for Adult Literacy Initiative in Eti-Osa, Lagos, and many others.

Banky W is married to his super-talented Nollywood actress Adesua Etomi-Wellington and they are blessed with a son.